Restoring the joy of living through music therapy

Music Therapy for older adults with Alzheimer’s Disease and Related Disorders (ADRD). The power of music to soothe the heart and to positively affect the mind and the soul was known in antiquity.

With the recent developments in regards to COVID-19 outbreak in our area I am writing to reassure you that Nostalgic Notes LLC is following this closely. Nothing is more important than the safety of those that we serve and have put extra attention into the infection control procedures already in place. I have reviewed recommendations from the CDC and the American Music Therapy Association and will continue to work with clients in a way that minimizes risk. For example, hand washing before and after working with a client, carrying hand sanitizer and gloves so they are available if needed and regularly disinfecting vehicles and other surfaces. All instruments have been sanitized and the use of them is suspended until further notice. The beauty of music therapy is that our options are endless and we can still provide meaningful, quality sessions while minimizing physical touch during greetings and sessions.

Out of an abundance of caution large groups have been cancelled until further notice however I can offer a quality music program via Skype or other video technology for those that request it. We will continue to see private clients and those that are isolated as usual without the use of percussive instruments.

When you hired a board certified music therapist you hired someone who knows what to do to reduce the spread of infection. Infection control is one of the competencies covered in music therapy education and training, and is tested on our board-certification exam. I have trained in medical settings with strict infection control protocols. I also consider it an ethical obligation to stay home when sick.

I value having you as a partner in care for the older adults we all serve and in navigating this public health concern. As always, thank you for the opportunity to serve your residents and loved ones!

To be the premier provider of Music Therapy to the older adult community through the “babyboom” and beyond. The first step is Call for a free phone consultation 203-512-2988.

What's the Process?Call Us Now

Small group music therapy still requires an assessment for each individual and then a treatment plan is established.

“(Music therapy) can make the difference between withdrawal and awareness, between isolation and interaction, between chronic pain and comfort — between demoralization and dignity”.

Barbara Crowe, (past president of the National Association for Music Therapy)

“I have noticed that many residents are loving the educational piece of all presentations. The guided meditation and relaxation is perfect for my group. I really like that you do a mixed bag of things within the hour, they stay ENGAGED!!!! I’m so glad we have you and your many talents!.”

“My clients always love music groups with Rafel. She is able to engage them and understands their different limitations with dementia. I definitely notice a positive response from the clients and I love to see them all participating and enjoying it.”

“For the past twelve years, I have had the honor of witnessing Ms. Sgammato work with clients with memory impairment. Ms. Sgammato reaches beyond the disease to develop a rapport with each of her clients through music. She has utilized this modality to work through the fear of the disease process, through challenging situations (like bathing), and through the disappearance of words which can be so frightening and frustrating for the individual who longs to express. She has the ability to support communication with many different instruments and to develop music tailored to the client’s individual interest and strength. Ms. Sgammato sees the person first and realizes the disease is secondary. She is a music therapist that can meet and connect with each person she encounters naturally and meaningfully. Nettie Harper, CTRS, CADDCT, CDP.” 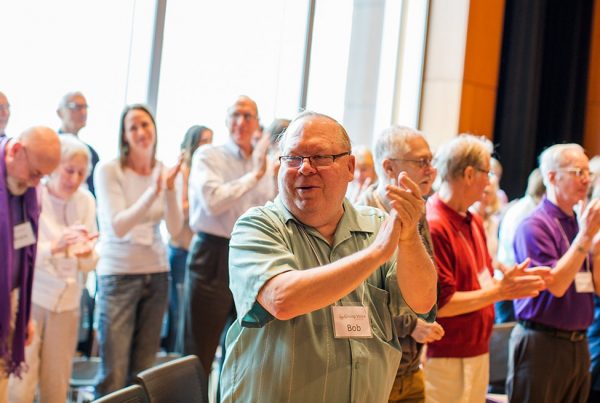 The Healing Power of Music Therapy

Rafel | Health | No Comments
Healing Power of Music Therapy. For Alzheimer's patients, music can be good medicine. "I've been…

Rafel | Health | No Comments
One of the most common signs of Alzheimer's is memory loss, especially forgetting recently learned…

The Greens awarded for its therapeutic environment of music

Rafel | Awards | No Comments
“The power of music- to-mind improvements in memory, pleasure, alertness inspired our recent expansion of…

Dr. Case Adams, board certified alternative medical practitioner, wrote in a May 6, 2010 article for Yahoo Voices:

“Music therapy has been documented through the centuries as a credible form of healing. The philosophy of music has also been found prominently in the writings of Aristotle and Plato. Homer prescribed music to counteract mental anguish, and Asclepiades of Bithynia is said to have prescribed Phrygian music for sciatica and other illnesses. Democritus prescribed various flute melodies, and Pythagoras is said to have clinically applied music for nervousness. The respected Roman physician Galen applied music to his healing repertoire. Among other therapies, Galen prescribed a “medical bath” inclusive of flute song for nerve pain. The famous sixteenth century Swiss physician Paracelsus was a strong believer in sound therapy as well. His recommendations included not only herbal remedies, but colors and sound to achieve health.
Both Aristotle and Plato also suggested music therapy was useful for the healing of society and people in general”.